Welcome to Bullet Warriors: 3vs3 MOBA Brawl of Kings, adventurer! Take control of your favorite hero as you fight for victory in intense 2 minute skirmishes. Battle through various maps and game modes as you attempt to show exactly how the west was won. It’s time to sharpen your steel and load your lead!

Bullet warriors ragdoll shooting game is fun and easy to play. You have two buttons to control. One is for movement and another for shooting your enemies. Here, you will find different shapes and boxes where you need to jump to shoot the enemies. There will be numerous shooting guns in the game like a Sniper, laser gun, firing gun, bomb gun, and many more.
Ragdoll and opponent attack each other with hands or weapons until the blood out from one. Bullet warriors will bring your old game experience with new hardheaded graphics.

💥 Become a hero of the Bullet Warriors! 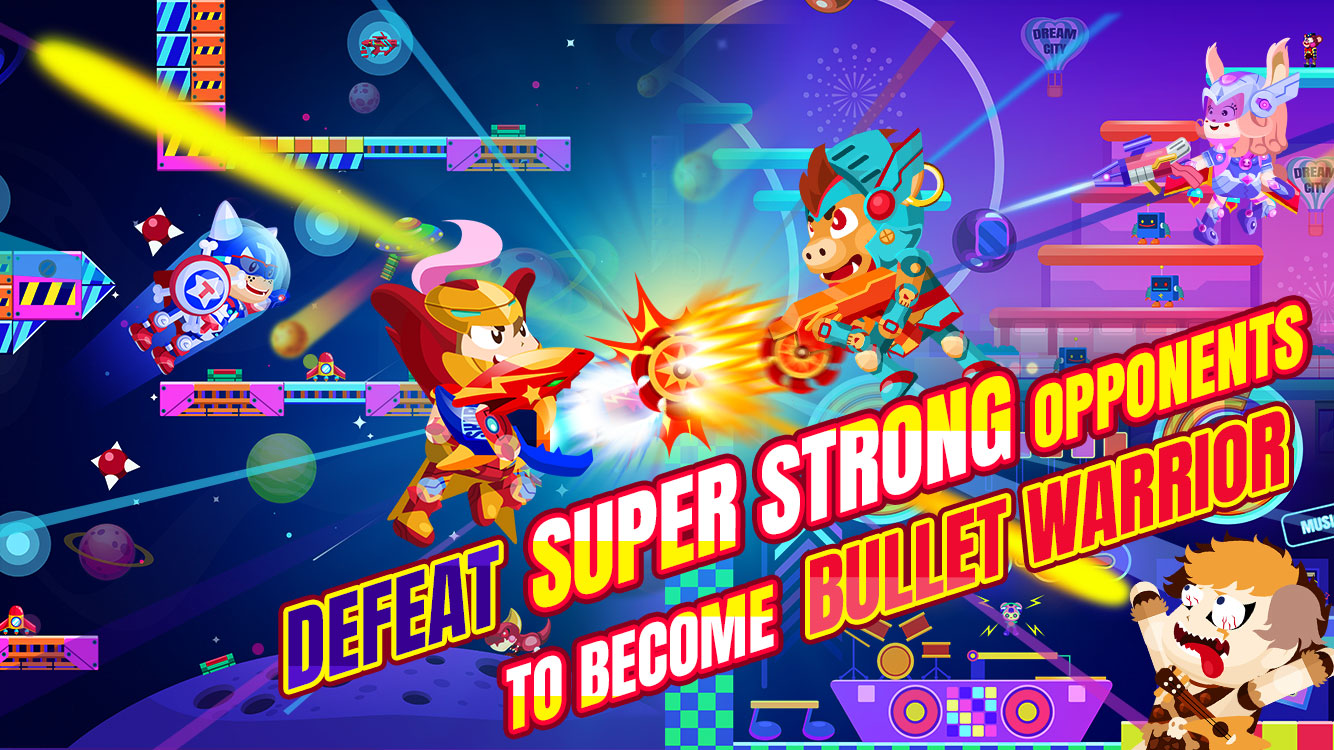 Become a hero of the Bullet Warriors ! 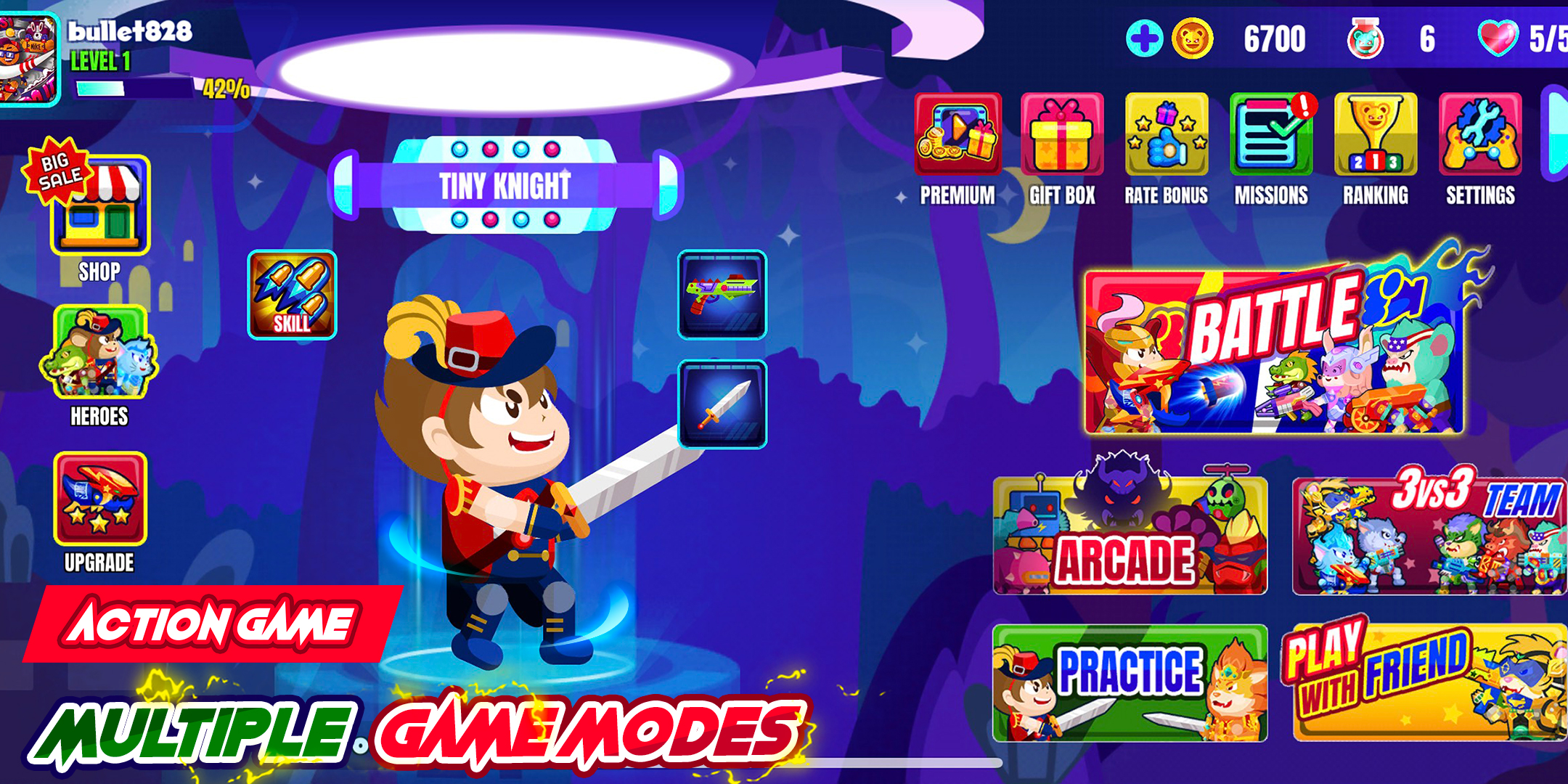 💥 Various game modes and maps.
💥 Play solo or with friends. 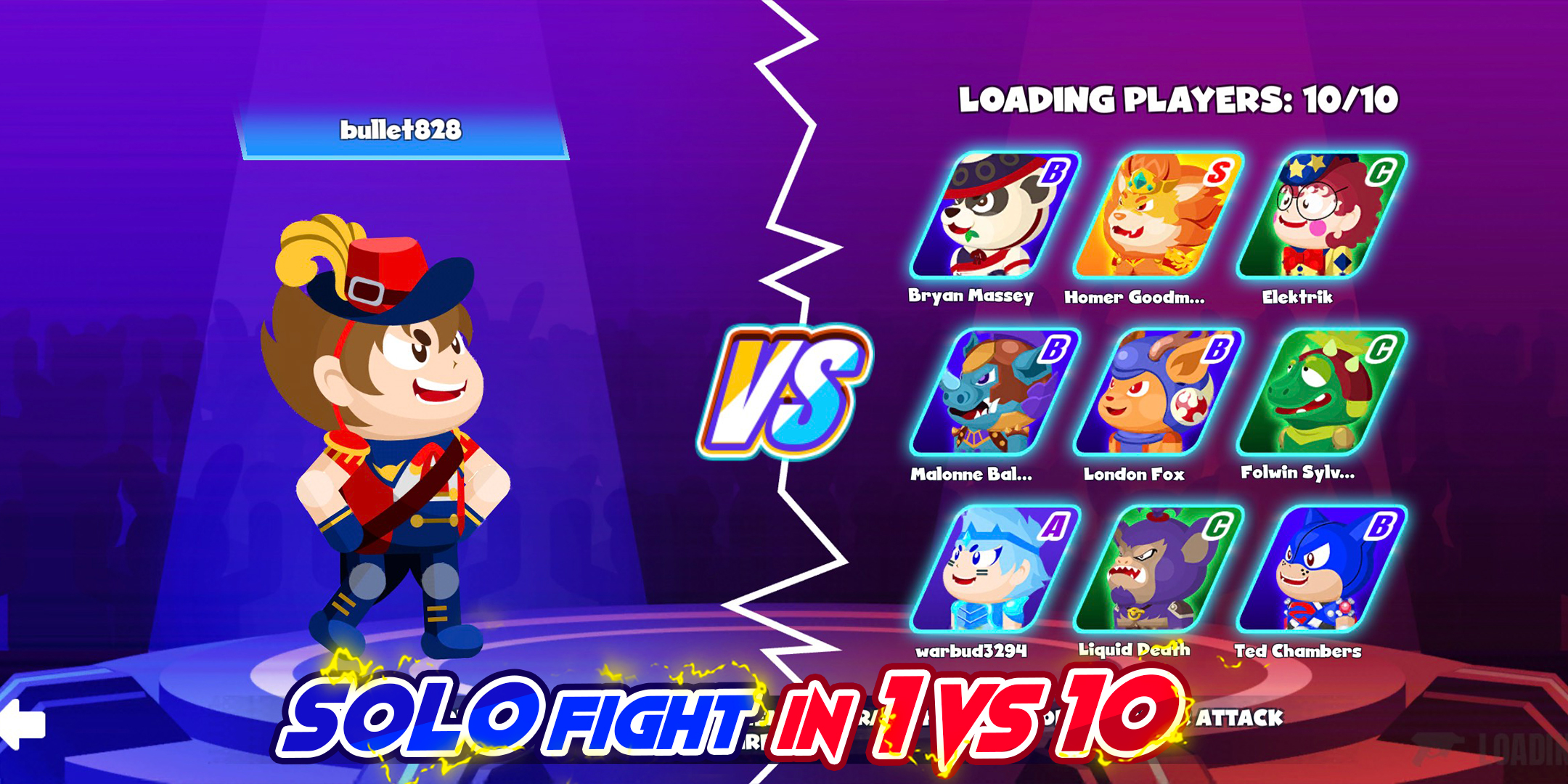 Play solo or with friends.

In Play with Friend mode, you have to create a room and share the room ID with your friend via QR code or simple text. In case of QR sharing, your friend simply scans the QR code in the Input Room ID tab or enter the simple room ID text to Room ID textbox and hit play button.